+ Energy Lab | From one-off action to a multi-year process

From one-off action to a multi-year process

What we do at Energy Lab can change your company culture for good. They have proven this concept at Volvo, with whom we have been working for many years now.

In 2015, we went to Volvo Car Ghent for the first time. During this pilot project, we tried to reach as many employees as possible by collecting steps for charity. We did this in a fairly limited way initially by working via an online platform through which people could see their progress. We also organised workshops and events, culminating in an ascent of the Passo Dello Stelvio.

This all changed when we changed gear for the next year and involved the production staff in the process. The target group suddenly increased from 600 to more than 5,000 employees. Not an easy task, but we tackled it by shifting focus. It was no longer about simply counting steps, there was more focus on the various campaigns and promotions that changed every quarter. This is why we no longer worked via a platform; we developed a full website on which all the relevant information could be found. In addition to the traditional ambassadors, we also worked with promoters to spread the message as much as possible.

Then we went a step further still: Volvo structurally accommodated the well-being of its employees into its culture and DNA.

In the meantime, it is doing so well that Volvo has taken on many of the tasks internally itself: a structure has been developed to facilitate all facets, they organise their own initiatives, the H&S at work department has got involved, etc. Our task in 2017 consisted mainly of providing support to the 20 ambassadors as they prepared for the half marathon of Gothenburg. Everything is running  smoothly at Volvo.

Relive the ascent of the Energy@Volvo ambassadors at the Passo Dello Stelvio. A breath-taking and unforgettable experience, especially when the last ambassador gets to the top and is welcomed by the CEO of Volvo Cars Ghent.

Fit employees are the beating heart of your company 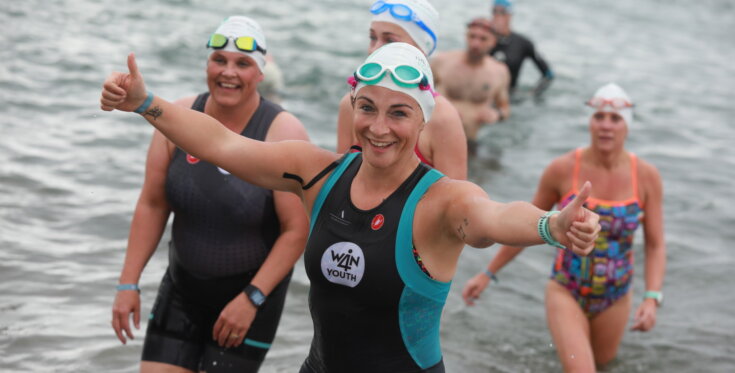